It takes two to wed, a few hundred to make an Indian wedding, and these specialists to make it a magical one. While you go about celebrating your nuptials, these professionals look into the finer details and ensure that you and your guests have the most memorable time of your lives. Whether it is a luxurious ambience or impeccable service; candid moments captured for posterity or a movie that will tug at your heartstrings forever; the bride’s delicate glow or the intricacy of the wedding invite, these are India’s ultimate dream weavers of fairy-tale weddings.

From the shores of Kanyakumari in India, to Dar es Salaam, Tanzania, Tel Aviv-born photographer Sephi Bergerson has traversed thousands of kilometers capturing pictures of beaming couples and their garrulous families against awe-inspiring backdrops. Having first moved to India in 2002 with his family to start a new life as a documentary photographer after years of commercial photography abroad, he began specializing in Indian weddings in 2007. “I’d just completed one book, Street Food of India, and was invited by a friend to shoot her sister’s wedding at the Leela Kovalam,” recalls the 48-year-old father of three little girls about his first wedding photography assignment. “The idea of Indian weddings became the subject for my next book, and now, six years and lots of weddings later, the book is complete.”

Goa-based Bergerson, who has shot weddings across a variety of Indian traditions, finds not one thing in common amongst them all. “That’s the fascinating thing. When someone asks me to describe one element of an Indian wedding, I have no explanation,” he says. With charges from Rs 2 lakhs per day, he usually caters to NRIs and foreign couples headed to India for destination weddings. “Indian weddings are so colourful and happy, it rubs off on you.”

Who do the Bachchans and royals of Gwalior call to design the weddings their family? Who does Gautam Gambhir hire to plan his nuptials? Meher Sarid, the international award-winning executive director of Sound of Music, can take the credit. Brought up in an Army household, and trained in art, hotel management and wedding planning in India and Austria, Sarid worked for several years in the hospitality and airline industry, concentrating on design and service development. In 1998, she joined her husband Sunny Sarid, an award-winning DJ and restaurateur, in his entertainment firm Sound of Music, and added the themes division that managed social and corporate events, eventually specializing in weddings. “It was from here on that the entire (Indian) wedding-planning industry began to grow,” she says.

Soon, she launched Flowers Etc with a team of 20 florists, and Wedding Art, a design company that handled fabrication of structures for any kind of décor, employing hundreds of personnel creating magical wedding backdrops out of wood, wrought-iron, glass and fabric embroidery. Taking all the companies together, one could say the Sarids offer 360-degree wedding planning services. She also later launched Dream Weavers, a design consultancy firm for luxury commercial and residential interior design. Now catering to the top industrialists and celebrity families in India and abroad, she is India’s leading doyen in the art of bringing fairy-tale settings to life.

On an average evening in the busy wedding season in Delhi, dozens of brides go through a systematic line of makeup, hairdo and sari-tying one after the other in factory-line precision at Ambika Pillai’s salon in South Extension, Delhi, all emerging picture-perfect and twinkling. Perhaps India’s greatest success story in wedding makeup, Pillai started operations 18 years ago, and now caters to over 10,000 brides a year across eight salons in Delhi, Gurgaon and Kochi, having witnessed 23 per cent year-on-year growth lately.

Employing a highly trained staff of over 200 women and men, Pillai’s bridal makeup charges per face range from Rs 7,000 to Rs 25,000 for a three-hour session prior to any wedding event. The recipient of various awards in the fashion and beauty industry, Pillai also works in fashion shows in India and abroad, as well as in the film industry. “New-age brides are finally coming around to thinking like me,” she opines of the ‘little goes a long way’ philosophy in a landscape where garish makeup rules. “Brides these days want to stay closer to their own skin tones. That’s quite a relief. It’s nice to do cleaner, softer makeup on brides rather than over-the-top makeup that most brides opted for in yesteryears.”

Having pioneered the concept of social expression through flowers, Ferns N Petals (FNP) started off with a single store in Delhi in 1994. Headed by Vikaas Gutgutia, the firm now retails from over 157 outlets in 65 cities, delivering in 150 countries worldwide. “Since 2000, we have been associating with designers of international repute for our designer wedding events division,” says Gutgutia, referring to world-renowned designers such as Preston Bailey, Rob Van Halen, Harijanto, Sakul Intakul, Robert Koene, JJ Valaya and Tarun Tahiliani. About 20 per cent of all FNP weddings are designer or luxury weddings; these are highly customized, detailed and worked with in consultation with the respective designer.

“These designers come with expertise on the design and décor concepts and we at FNP join hands with them. After they conceptualise the aesthetics, FNP works as the production house. So, the entire concepts of colour scheme, theme, layout, placement of props and accessories are executed by FNP Weddings,” he explains about the process for their big-ticket weddings and mega projects. “People nowadays are choosier about what they want with lesser amount of time at their disposal,” he adds. “This time constraint in people’s lives has become a chief driver for the wedding planning sector.”

Everyone wants to star in their own movie, and The Wedding Filmer allows to you do just that. Having worked at Shah Rukh Khan’s Red Chillies Entertainment on several hit films, cinematographer and special-effects expert Vishal Punjabi and scriptwriter and producer Zara Chowdhary found their true calling in 2010 when their own wedding video went viral online, and they were besieged by requests from friends to shoot more weddings. Since then, they’ve been shooting an average of 15 films a year, each with a four-minute trailer. “We have shot at the most beautiful and bizarre locations under the sun. Some people have backyards that spell warmth, some have had weddings in palaces that are actually their own. This year we’re shooting on a giraffe farm, in a forest clearing, in a Turkish palace and on a remote island off Thailand,” says Chowdhary.

With filming budgets that go from Rs 5 lakhs to Rs 50 lakhs, the element of luxury, to them, ‘has little to do with places and more with people’. “That little space in their hearts is all it takes for us to ensure the luxurious feel to their films,” they say. And the warmth is required not only of the families in the film; at a recent shoot in Udaipur, two crew members were injured in a mishap while taking a shot from the chopper camera. “The Leela hotel staff came to our rescue and arranged for all the transport, even looking after our equipment. They completely outdid themselves,” recalls Chowdhary. 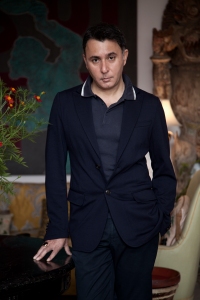 Several fashion designers in India have had graphics created by him, including Tarun Tahiliani, Rohit Bal and Malini Ramani, even two major fashion weeks. So have a long list of blue-chip companies like The Hindustan Times, DLF India and Apollo Tyres. He also has a hand in product labels for stores like Kama Ayurveda and rebranding and packaging of Kendriya Bhandar products. And has managed events for luxury brands like Fendi and Gucci. So it is no wonder that Vivek Sahni, a Parsons School of Design graduate, who set up his eponymous design firm in Delhi after returning from New York in the early 1990s, found wedding invites the natural order of progression for his business about eight years ago.

The firm’s intricate made-to-order wedding invitations are all about love stories, family heirlooms and one-of-a-kind wedding stationary using elaborate materials; which is why the firm doesn’t take on more than a few a year, all produced at their Delhi studio. Sahni compares his design process to a made-to-order couture garment versus one picked off-the-rack. “Recently, a bride kept raving about her Gujarati Paithani wedding sari, so I decided to use that in the card design after suitably abstracting it,” he recalls. In the past few years, card trends had been all about ‘in-your-face’ invites with large bags and elaborate boxes overwhelming the actual invite. But things are already changing, says Sahni: “Recently, clients have been asking for simpler creations; they want toned-down invites with the focus on design and content rather than size.” 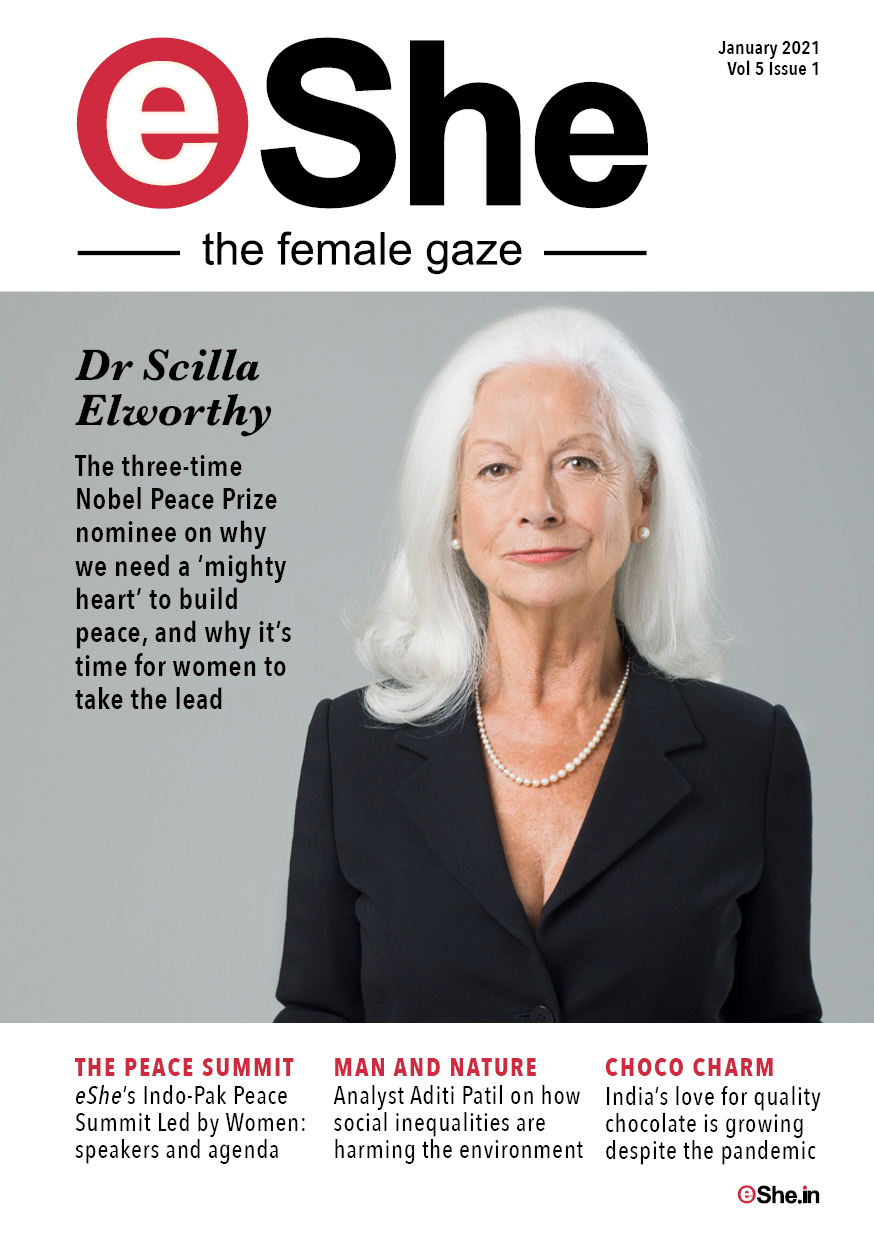