It’s the day of the launch of his new tome A Leaf Turns Yellow: The Sufis of Awadh (Bloomsbury India) and bigwigs in the political and academic landscape are expected to be in full attendance at the event, which happens to be at the Vice President Hamid Ansari’s residence in Lutyens’ Delhi. Padma Shri Raja Muzaffar Ali has just woken; he is at his sprawling ancestral home at Gwalpahari, Gurgaon, and he is faintly embarrassed of what’s up ahead this spring day. “It is not a moment of glory, it is a moment of dread. I feel like I have exams today,” he later confesses over organic fruit juice at DLF Emporio’s café.

The award-winning maker of the 1981 classic Umrao Jaan, Ali admits feeling nervous every time he has to attend a big launch, whether a book release or a fashion show. But a film premiere is the most difficult of them all. “Making a movie is an intense journey into yourself. There is this core group of people who cover up for or check your mistakes – you are naked in front of them. It’s a collective effort,” says the 68-year-old, sharing the credit for the final outcome with his colleagues.

A polymath of creativity, Ali’s craft weaves through professions and geographical zones, from art to poetry to couture, from his birthplace Lucknow to the fashion capitals of the world. The ‘cat’ at Air India’s Mumbai office where he worked for 11 years, the UP-born Ali was even one of the original art collectors for the national airline’s several offices across India. “When I started out, I earned INR 1,200 and paid a rent of INR 1,100,” he chuckles, recalling how he ‘did everything and had the ball of his life’ at Air India, even venturing into his film career at the same time, his first being the critically acclaimed Gaman (1978).

Born into a royal Muslim family, Ali is the present Raja of Kotwara, considered the oldest living civilisation of Lakhimpur Kheri, a district in Awadh, since 1991 when his father died. “He was a powerful man, dignified, autocratic, deeply human,” muses Ali while recalling his intense relationship with his father. Sajid Husain Ali did an MA from Edinburgh and was a member of the Scottish Parliament in the twenties before joining Indian politics as an MLA from Kotwara for almost 17 years before and after Independence. “He was a visionary. Even in the thirties, he talked about audio-video education. It was a mad passion for him, that burning concern to make a difference to society,” Ali says, adding that he lost his mother when he was quite young. One of Ali’s stately family homes, Qaisarbagh Haveli, is in Lucknow, which he visits very often and talks about with nostalgic affection.

While shooting his famously incomplete magnum opus Zooni in Srinagar, its costume designer Mary McFadden introduced Ali, who’s made about two dozen films so far, to the world of couture. She visited Kotwara with Ali, and pronounced it to be a ‘haven of craft’. “That stuck in my mind. I wanted to start a movement, to reinvent my hometown’s crafts,” he says, explaining how his fashion label Kotwara by Meera and Muzaffar Ali was born, after years of filmmaking, art, design and advertising. “Art and design is a means to an end. A means to take ideas forward. The question is, what is the idea?” asks Ali, answering it in the next breath: “The idea is faith. There is no fashion without faith. It is the compelling force of all creative pursuit. And all faiths are approached through aesthetics. In any civilisation, the churches, temples and mosques are the epitome of design and architecture of the time. Faith, fashion and design are all linked.”

Indeed, faith has been the largest and most persistent idea in Ali’s life for the past couple of decades. He got attracted to Sufism while in Kashmir, where he sensed a deep-rooted peace under the conflict, like “fresh grass waiting to sprout from under the snow”. He explored with relish the writings of Khusrao and Rumi – “they are the same flower in different soils” – in a way “that I could never have known in Delhi.” In 2001, he organised the first Jahan-E-Khusrao, a festival to celebrate Sufi music, with musicians from India and Pakistan. It has now expanded its locations to various cities in India and even UK, Canada and Pakistan, the milling crowds growing each year.

And his interest grew deeper. In 2005, he launched the Rumi Foundation, which aims to promote mutual respect of communities through creative art forms, with Member of Rajya Sabha Dr Karan Singh as its chairman and Dr Abid Hussain, former ambassador to the US, as vice-chairman. Members include actress Sharmila Tagore and Planning Commission Member Dr Syeda Hameed. Besides taking the Jahan-E-Khusrao under its organisational wing, the Foundation also publishes HU – the Sufi Way, a poet-oriented journal ‘dedicated to Sufi mystics and their message of love and surrender’. His new book The Leaf Turns Yellow, which retails at INR 3,995 and comes with three music CDs, is yet another step in the spiritual journey. “Sufism is linked with the soul. This book brings together communities and faiths – Hinduism, Shaivism and Sufism. It’s a meeting place, an important idea for our country today,” explains Ali.

Concerned as he is about the spiritual health of the country, Ali stays pointedly away from the political. “Akhilesh Yadav is the best thing to happen to UP,” he pronounces of the current Chief Minister, before ending all further discussion on the subject. He would rather talk about promoting tourism in Kotwara, which is about 160 kilometres from Lucknow, by shooting a film there, and about his by-invite-only restaurant that offers Awadhi cuisine along with a drive in his 1951 restored Jaguar. He’s also reasonably comfortable discussing his three marriages and children, one each from all his wives, and his new ‘interest’ in becoming a grandfather.

“All my wives belong to a cultural milieu. My firstborn Murad’s mother Dr Geeti Sen was named by Tagore. She’s head of the Indian Cultural Centre in Nepal. Subhashini Sehgal is of course a communist politician. She’s from an illustrious family as well. Our son Shaad Ali (director of films such as Bunty aur Babli) got married earlier this year, as you probably know. My current wife Meera and I met on the sets of a haunting film; we were married six months later. We have a daughter Sama.” Sama has recently joined her mother in launching a new pret line, Kotwara by Meera Ali.

Managing to be on friendly terms with all his exes and this kids and now daughter-in-law, Ali thinks that “families also run on ideas.” “I want to create my kind of cinema on my terms that can absorb my whole family,” he smiles only in half-jest, trying to pinpoint what exactly the ‘idea’ behind a family could be.

At his Gurgaon home, Ali shares, “I want to open a Sufi getaway that is also a wildlife resort. I want to explore and apply all aspects of Sufism in real life.” After all the various hats he’s donned, founding a Sufi-cum-nature resort is not too outlandish an idea at all. Perhaps its launch will even be his crowning moment of glory, and not just dread.

2 thoughts on “Muzaffar Ali: Fashioning His Own Faith” 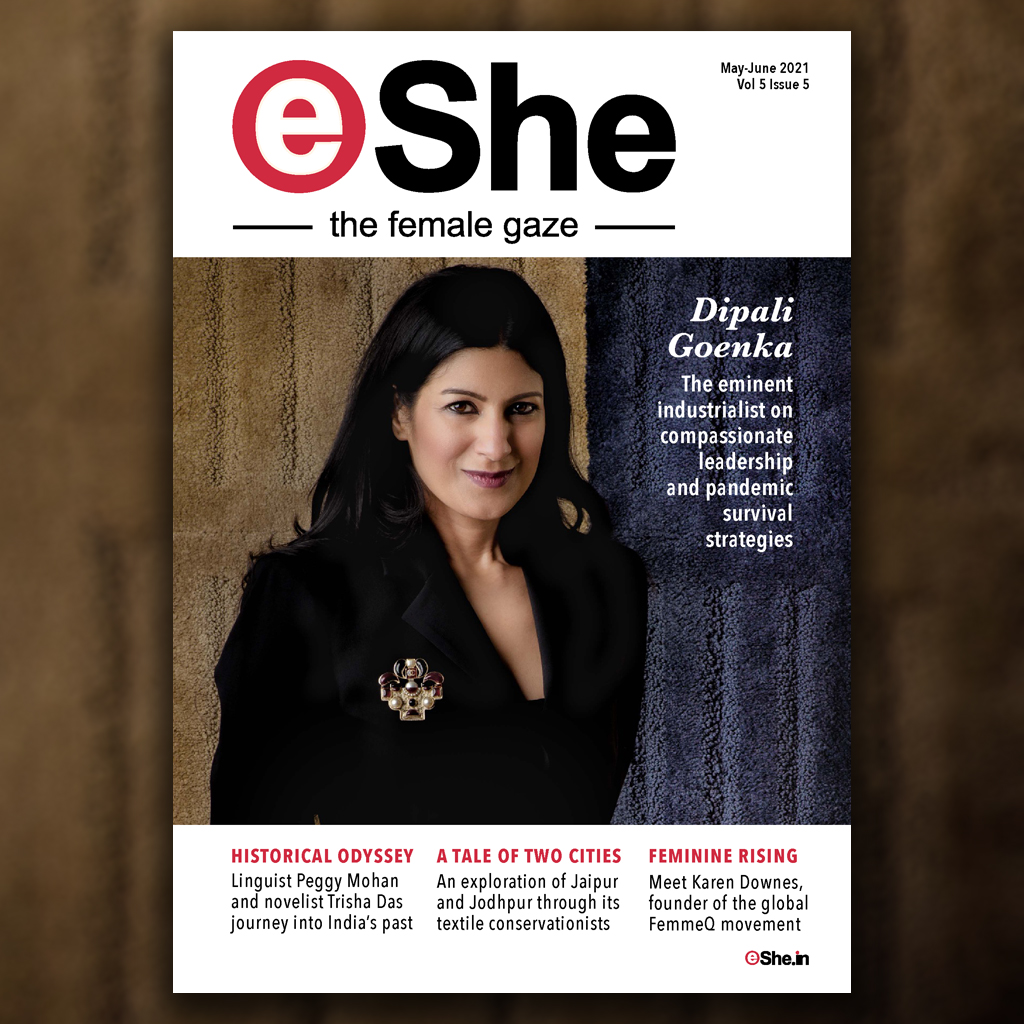