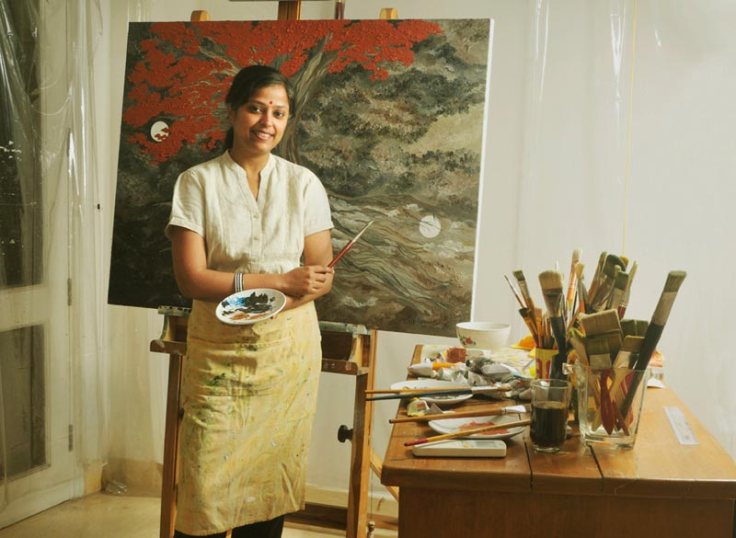 “I study protests, anger,” says Kota Neelima, her eyes smiling with a brightness that only comes after much self-study. A senior journalist and a research fellow at John Hopkins University, Washington DC, Neelima admits that she specialises in “anti-politics”. “We have politics in everything, from our relationships to the way the Centre is run. It surprises me how little we know about what we are entitled to,” says the writer, who is in Delhi and Mumbai for the official release of her third novel Shoes of the Dead (Rainlight / Rupa Publications) this month.

Born of back-of-the-book scribbles from Neelima’s reporter diaries, all her novels are set against the landscape of unequal justice and systems that work only for the rich and powerful in India. For her first book, Riverstones (2007), a book that “just had to be written”, Neelima gave up her job at the Indian Express after 12 years of service. The focus of her debut was on farmer suicides in Maharashtra, Karnataka and Andhra Pradesh. Her second book Death of a Moneylender (2009) looked at unethical journalistic practices and the lack of official protection for the debt-ridden poor. Shoes of the Dead (2013) takes on dynasty politics, and debates whether the priorities of the scions of political families can really reflect the issues of the rural youth. “We are all idealistic but circumstances may bind us. I’ll say I’m a realist,” asserts Neelima, who has also authored a book on spirituality titled Tirupati, A Guide to Life (Random House India, 2011).

Born in Vijayawada, Andhra Pradesh, and brought up in Delhi, Neelima was an active part of the intellectual campus life at Jawaharlal Nehru University where she did her graduation and where she first discovered an inner thirst to resolve the many Indias she saw around her. “At JNU, we’re great with study and analysis… we’re in fact too argumentative. But India doesn’t need more argument, we need structure,” she says emphatically as we meet over Assam tea at the Oberoi coffee shop in Delhi. Comparing the American education system with the Indian, she adds, “The system there has gone through its due evolution. We will, too, and we’ll be in a better position. We’re moving faster and are aware of what’s happening across the world; we have stimuli from all directions.”

A student of both ancient Indian literature and modern Western research, the 42-year-old is vociferous about the rights of the rural poor: “Unless someone takes out a candlelight vigil at a city landmark, grievances are not addressed. But what about the thousands of farmer suicides in villages last year? There were no mass protests about them. We have the voice to say things here in the cities, but the rural youth don’t get to say anything. Aren’t we afraid of their silence?”

Neelima, who has travelled extensively across all parts of India, has found that the situation in villages is changing rapidly. “If you go back to a village after just five years away, you’ll see how different it seems. Villagers are now connected to the cities through technology; they know what they aren’t getting, they know they’re being left out. No policy will work unless their disappointment is addressed,” she opines.

In Shoes of the Dead, Neelima says she has posed a question to the reader: “As a voter, you define democracy. Do you want a feudal democracy? You can’t blame politicians (for bringing their kids into the system) if this is what voters themselves seem to want.” She compares politics with cricket: “How many kids of successful cricketers become successful themselves? It’s a merit-based profession. Unless they have genuine talent, they won’t get very far.” But in politics, one can get away with just the right surname.

Instead of blaming the power-hungry, Neelima puts the responsibility squarely on the shoulders of the voter. “Sixty per cent of MPs are there because voters didn’t vote. The assumption is that those who didn’t vote have the same opinion as those who did. That’s extreme democracy,” she says, shaking her head. Her husband of 12 years incidentally works as political advisor to Delhi’s current chief minister, a fact that Neelima insists has never come in the way of her research, her reportages, or their relationship. She is happier, however, to steer the subject to less precarious territory.

Besides writing and her journalistic fervour for social justice, Neelima also finds much pleasure and solace in abstract painting. Having held four solo exhibitions, besides those in groups, she works with oil on canvas: “Acrylic is like a punch line. Oil is dynamic; it says something back to you. You need to have an argument with it and win it,” she smiles, adding that she paints almost every second day in India as she doesn’t have the time when she’s in the US. “I’ve been painting all my life; even when I’m on a break from painting, I’m still thinking about it,” says Neelima, who created 42 works over three years for her last exhibition in 2012 of which she sold 35 – “So I didn’t really feel the recession,” she jokes.

The topic drifts to Neelima’s spiritual blog, interpretations of the Upanishads and the ultimate question of the Nasadiya Sutra in the Rig Veda – “Is there God? Does God know there is Creation? Or was God created after Creation? In other words, did man make God?” she asks in excited bewilderment, her earrings dangling for emphasis, her bindi beaming silently. Between philosophical theories and the cold, hard reality of parched land pitted against the corridors of power, hers is a gritty journey.

First published in the June 2013 issue of Atelier Diva