It comes with a dual-core A5 chip, an 8MP camera and a custom lens with an f/2.4 aperture, video recording in 1080p HD video, iOS 5 technology with 200 new features including iCloud and Retina display. But there is just one button on the face of the new iPhone 4S, and operating it is – literally, with younger and younger buyers – child’s play. 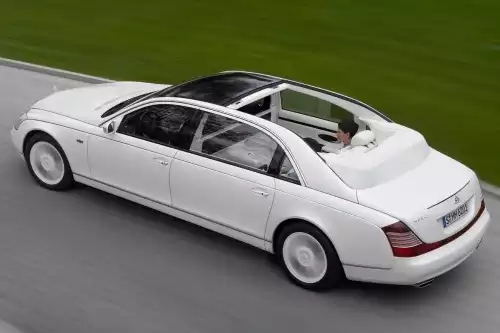 High-end technology has moved closer to ease of use, and further away from ‘gimme-the-goddamn-manual’ agony. Which is why the fanciest cars – the Maybach Landaulet, for instance, with its AMG-sourced bi-turbo V12 engine – come with keyless entry and button-touch start up. Which is why skincare brands spend years developing and patenting their ingredients – like Shiseido’s 4MSK which took fifteen years – but all the user has to do is apply it for results to show. Which is why the most luscious designer shades have the most superior eyewear technology, but you only have to put them on to benefit from their UV-resistance.

In fact, why limit the topic to technology? There’s also the matter of the most defining aspect of Indian philosophy that comes with tomes of explanations, millions of applications and one that is used for everything from healing depression to attaining enlightenment. The primordial sound is perhaps the most widely used spiritual and religious symbol in the world. And it is just one syllable, simpler even than your ABCs – Om.

Whether it’s science or spirituality, Albert Einstein’s famous quote applies well: “If you can’t explain it to a six-year-old, you don’t understand it yourself.” In contradiction to popular perception that greater knowledge spells esoterica, some of the most advanced and awe-inspiring achievements of humanity are also the easiest to use and apply. Restricting the use of the highest form of knowledge to a few brainiacs is history.

Having said that, the simplicity of practical use for the layman is only the first sign of well-thought-out theory. Depth of understanding continues to be an asset – the better you assimilate the technology or philosophy, the more you can apply and enjoy its features and benefits. In a sense, ease-of-use becomes a great leveller: We all start from the same default setting, and move deeper or higher depending on our aptitudes and passions.

As the new year dawns, one that comes with various ‘big dates’ scheduled – from the Olympics in London to end-of-the-world rumours – it will be interesting to see how modern technology makes our lives simpler while becoming more complex itself. To quote the ultimate physicist again, “Everything must be made as simple as possible. But not simpler.” At what point do we stop?